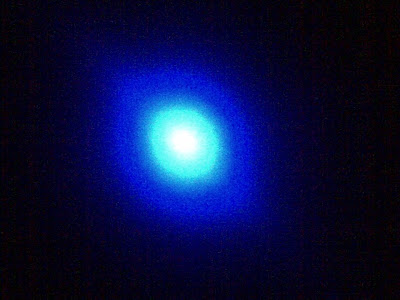 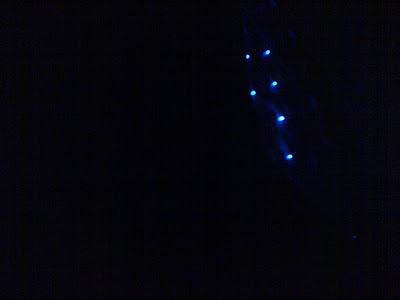 Courtesy of Russ
www.thenewbreed.tv
Mudda Sick on Facebook
Posted by Bahamas UFO Files at 10:28 AM

Strange Sighting at AUTEC Base - Andros 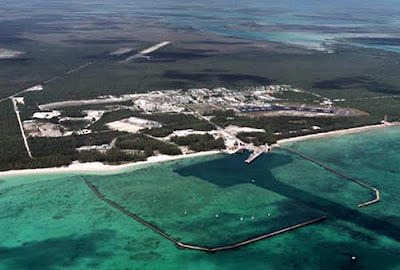 One night I was hanging out at the south beach across from the south jetty on AUTEC with several other kids when something unbelievable happened!!

It was extremely dark that night (no moon). You could not see your hands in front of your face. I was facing away from the beach talking with one of my friends when it happpened. The whole beach lite up as it was day time.

I turned quickly and could see everything in harbor including sailboats, jetties, etc as if it was the middle of the day. Everyone just awed when we saw it racing across the sky. It was a large circular object bright as a little sun. The object appeared to be miles south of base within seconds. The object then broke up into three to four pieces and disappeared. Once again it was pitch black.

I would guess this whole incident happened less than 30 seconds.

I also had a couple other strange things happen near AUTEC during that time frame. If you are interested, please let me know.

Thank you Mr. Garza and yes we will be happy to receive any more experiences you have to offer.
Posted by Bahamas UFO Files at 1:59 PM

One disc was observed on the shore for over .5 minutes.

Source link
Posted by Bahamas UFO Files at 8:49 AM

In the early 1900's, famed American psychic Edgar Cayce predicted that evidence of the lost continent of Atlantis would appear in the Bahamas in 1968 or 1969. Curiously, in 1968 pilots photograhed from the air structures that looked like buildings, walls and roads under the waters off of Bimini island. Others have claimed to have seen pyramids and stone circles on the sea bed, but the only thing that has been confirmed for sure is what has become to be known as the Bimini Road.

Skeptics claim that the Bimini road is a natural formation, even though it is a unique one. But there is no denying the strange set of circumstances surrounding it. Cayce's prediction was uncannily accurate. And there is no denying, the "roads" are straight and look man made. Perhaps they are even part of a wall that has fallen or part of a larger buried structure. 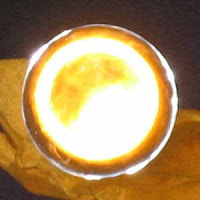 In 1970, Dr. Ray Brown, a naturopathic practitioner from Mesa, Arizona, went scuba diving with some friends near the Bari Islands in the Bahamas, close to a popular area known as the Tongue of the Ocean (This was depicted in the television show, "In Search Of...Atlantis," originally made in 1979.

During one of his dives, Brown became separated from his friends and while searching for them he was startled when he came across a strange pyramid shape silhouetted against the aquamarine light. Upon investigating further, Brown was surprised by how smooth and mirror-like was the stone surface of the whole structure, with the joints between the individual blocks almost indiscernible. Swimming around the capstone, which Brown thought might have been lapis lazuli, he discovered an entrance and decided to explore inside. Passing along a narrow hallway, Brown finally came to a small rectangular room with a pyramid-shaped ceiling.

He was totally amazed that this room contained no algae or coral growing on the inner walls. They were completely spotless! In addition, though Brown had brought no torch with him, he could nevertheless see everything in the room with his normal eyesight. The room was well lit, but no direct light source was visible.

Brown's attention was drawn to a brassy metallic rod three inches in diameter hanging down from the apex of the center of the room and at its end was attached a many-facetted red gem, which tapered to a point. Directly below this rod and gem, sitting in the middle of the room, was a stand of carved stone topped by a stone plate with scrolled ends. On the plate there was a pair of carved metal bronze-colored hands, life-sized, which appeared blackened and burnt, as if having been subjected to tremendous heat. Nestled in the hands, and situated four feet directly below the ceiling rod gem point, was a crystal sphere four-inches in diameter.

Bahamas UFO Files
UFO and USO sightings and encounters in The Bahamas. Send your story to bahamasufofiles@gmail.com with photos and videos if any.